The might be preparing for the big game, but the All Blacks still found time to play alongside some of their younger fans. 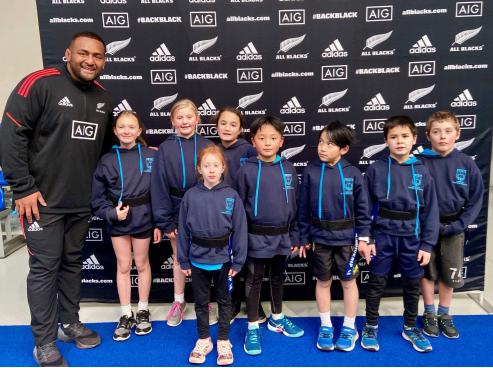